Be the first to review this product
$100.00
In stock
SKU
65293
Add to Wish List Add to Compare
Collectors Limited is proud to offer a large assortment of genuine sports cards. Get this Michael Jordan 1993-94 Upper Deck #23 CSG 9.0 today.
Skip to the end of the images gallery 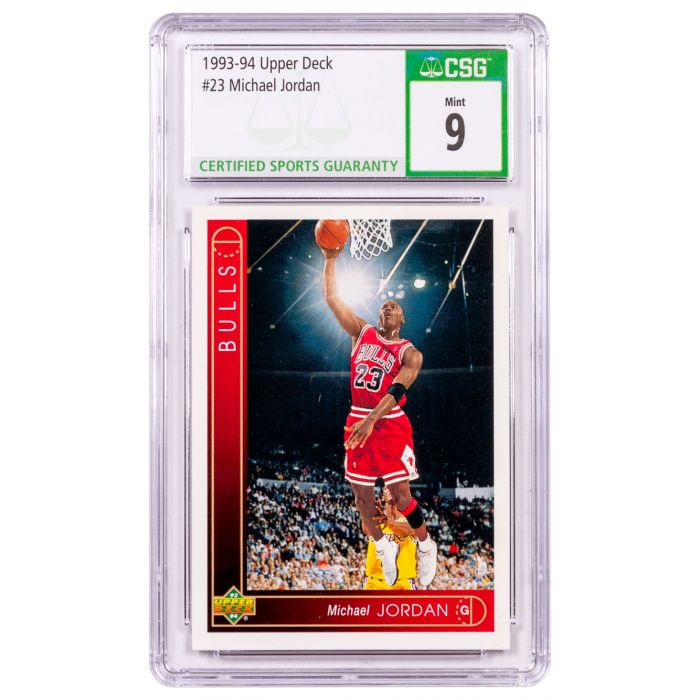 Basketball fans who are in middle age or older are sure to remember Gatorade's "Be Like Mike," the song played in ads that the superstar cut for the company. That was just one of the many celebrity endorsements that Jordan made, all made possible by his outstanding career. He inspired generations and even appeared in the movie Space Jam and Michael Jackson's music video "Jam."

Cards graded 9.0 Mint by CGS must have four sharp corners with no more than minor wear visible. They must be centered at 55/45 or better. They may have slight, minor flaws on the edges, but the surface must retain all of its original gloss. Very few specs or a minor spot or surface defect may be present.