Be the first to review this product
$75.00
In stock
SKU
65257
Add to Wish List Add to Compare
Collectors Limited is proud to offer a large assortment of genuine sports cards. Get this Michael Jordan 1993-94 Topps #23 CSG 8 today.
Skip to the end of the images gallery 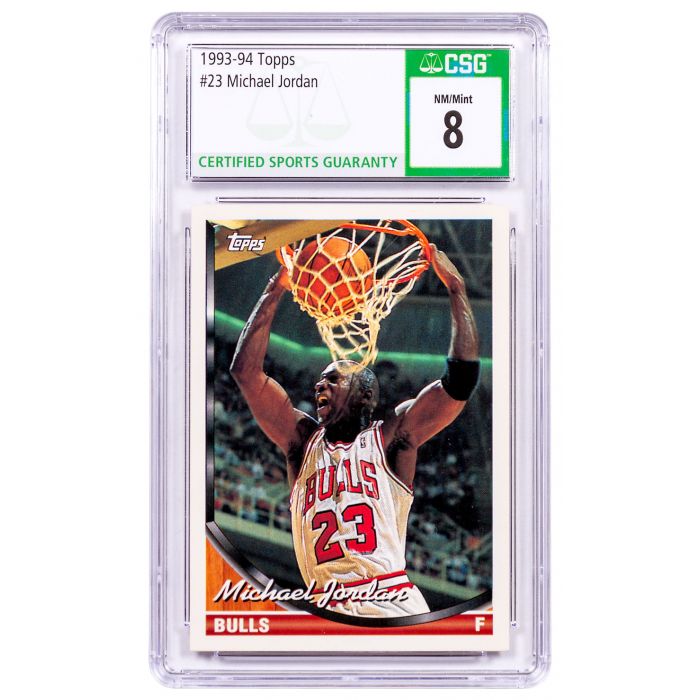 Michael Jordan is one of the most dominant athletes in history. In college, the NBA, and the Olympics, he dominated opponents, winning every major championship. He played his college ball in North Carolina, winning the National Championship in 1982. In college, he was named ACC Rookie of the Year (1982) and Player of the Year (1984), and National College Player of the Year (1984). In the NBA, he won six championships (1991-1993; 1996-1998) and was named NBA Finals MVP in each of those years. He was five times named NBA Most Valuable Player and played in fourteen All-Star Games, being named the game's MVP three times. He also won Olympic gold twice, one in 1984 and the other as a member of the original Dream Team in 1992.

Jordan also became a cultural icon. He stared in the movie Space Jam and appeared in the music video "Jam" by Michael Jackson. He was a top target of companies looking for celebrity endorsements, cutting ads for Nike, Coca-Cola, McDonalds, Wheaties, Gatorade, and more.

This card received an 8 NM/Mint grade. That means that it has 60/40 or better centering and has no more than minor touches of wear on the edges. The card still has its original gloss and color. It may have one very minor flaw, as well as a very slight diamond cut.